According to Professor in the theological of Üsküdar University and Marmara University of Sufism Mahmud Erol Kılıç “I am a professor of Sufism, this is the modern fashion, but in a traditional way, I could say I am a mürşit, a Sufi master. If I were not a university professor, if I were a taxi driver, I would still choose Sufism as a way of life.”

Muslim conquest of the Maghreb (647-709) by the Umayyads Dynasty in Damacus in the year 682, resulting to Byanzatine losing their holding in this area. It was from here till 788 when the great-great- grandson of Fatima, daughter of the prophet Muhammad, Idriss b. Abdulla escape from Arabia during the fierce civil war between Ali the Prophet’s newphew and son-in-law and with his great grand son Husayn settling in Walila, ancient Volubilis and present day Zerhoun.

Their political success was based on 2 factors in which first will be the fact of Idriss was the decendants from the Prophet and it is believed that Prophet’s decendants (the sharifs) possesed spiritual gift. The second was during the period, the Awraba who is of Sunni Muslim, which is the largest and most powerful tribes that residing in this area of the opinion that having a sharif as religious leader served as a political asset to obtain maximum domination in this part of Morocco.

According to Dr Fouazi Skali, an anthropologist and an ethonogist. A professor from Ecole Normale Superieure in Fes and author of many books including “The Soufi Path” wrote that “spirituality is not just something which is added to the religious part, but it is the heart, the very heart of the religion. And it is what makes the religion a part of transformation."

Bekkaoui, a Fulbright scholar at Bridgewater State University and a faculty member at Sidi Mohamed Ben Abdellah University in Fez, explained that “Sufis believe in a hidden spiritual truth with an emphasis on purification and enlightenment.” and different country has it form or school.

Sufis are form or identified by brotherhood or mystical order (tariqa, meaning the “paths”) with each has it own religious rites, saint lineages and leadership structure. The leader will usually known by the name of Shaykh and are usually handed down from generation to genration with traceable decendant to the Prophet. The learning process are a relationaship between the teacher (Shaykh) with it diciples and the lesson usually include meditation, shrine pilgrimages, chanting or music.

In Morocco there are 3 Sufi order, tariqa Qadiriyya, tariqa Shadhili and tariqa Tijaniyya. Shaykh Sidi Jamal Al Qadiri Al Boutchichi is the current leader of Qadiriyya and it was Ali ibn Hirzihim and Abu Median a scholar and holy man “alim” from Fes, who return from Baghdad in the late 10th century to Qaraouiyine to teach and credited to the introduction of Qadiriyya tariqa which was originally founded by Abdul Kadir Gilani the leader of madrassa Abu Said Al Mubarak from 1119 until his death in 1166. 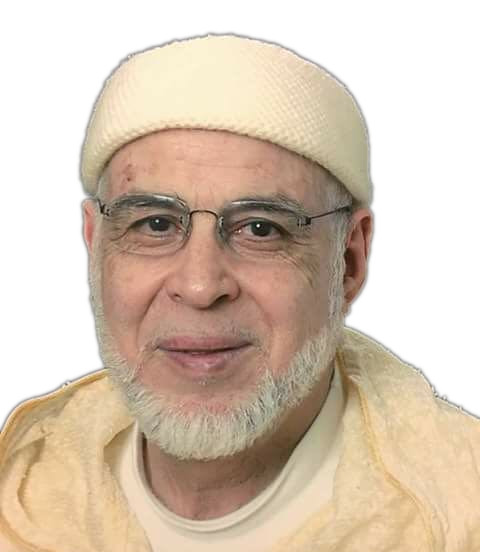 Abu al-Hasan ash-Shadhili (1196-1258) a Moroccan great sufi founded the Shadhili tariqa passed down numerous popular prayes which has been compiled.

The Tijani Sufi order was founded by Ahmad al-Tijani (1737 – 1815) in the late 18th and early 19th centuries in Algeria and Morocco. He died and is buried in Fes. The current Tijani Morocco representative is Sidi Sheikh Muhammad El Kabir Tijani in Marrakech.

Morocco has been promoting sufism as a moderate and easy form of Islam which after surviving the Arab Spring, continue to support the program via religious lodges be in local or worldwide that owe allegiance to the monarchy. Sufism is seen as a way to counter against religious extremism and have been proven to be an effective and acceptable program. 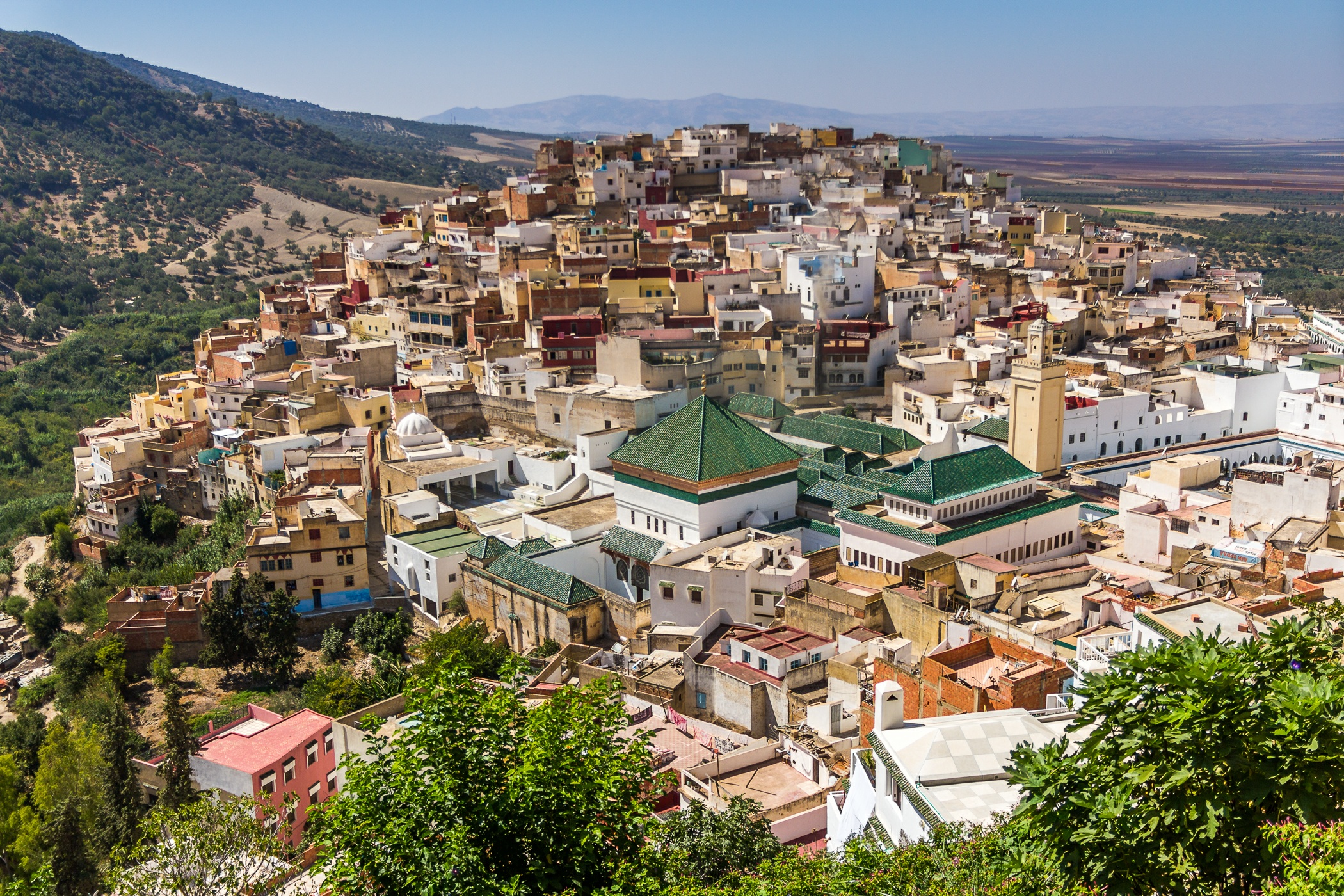 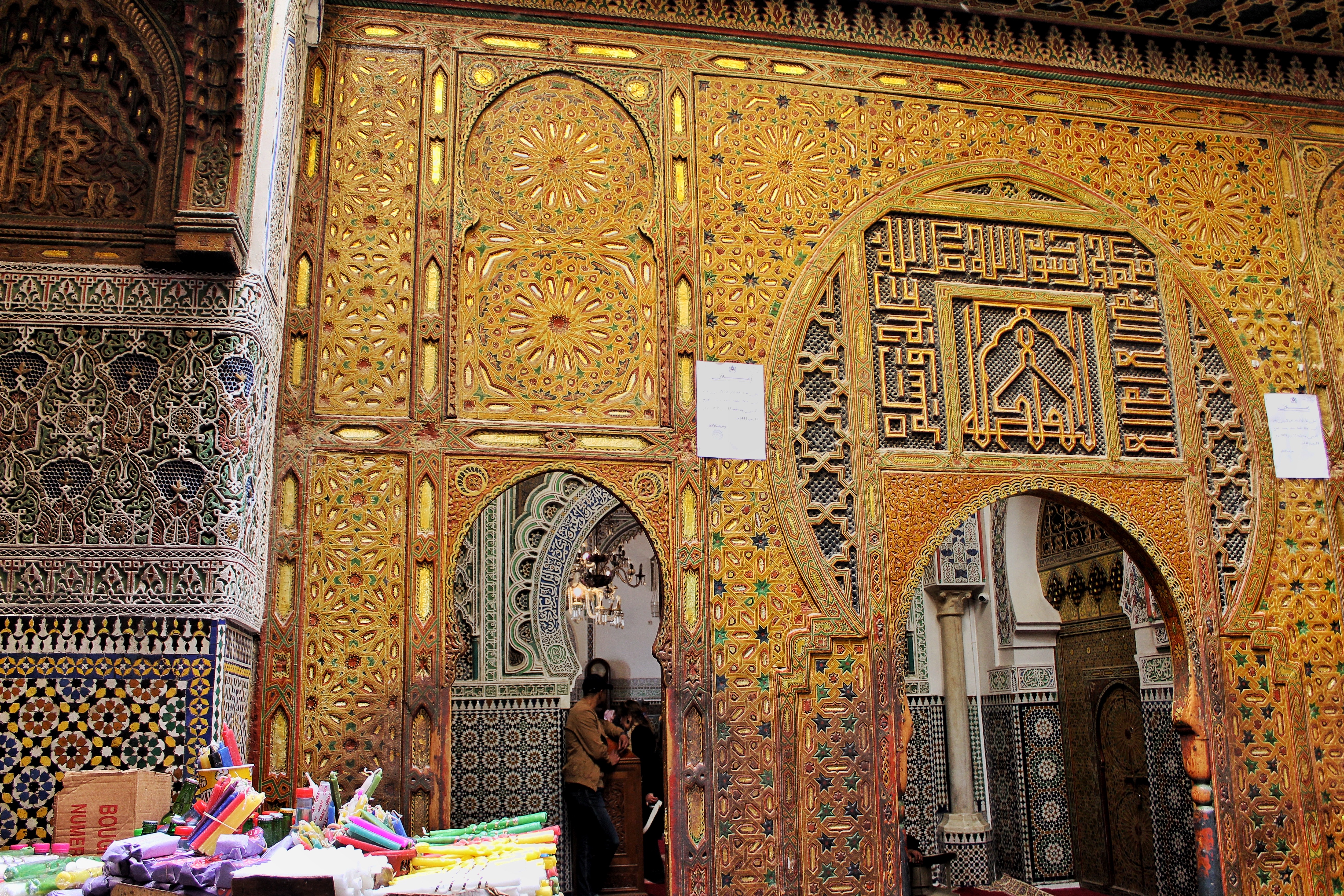 Fes, might look like battered and declining, but it is still the most complete medieval city of the Arab world today. In fact until today it still served as the most represented original Moroccan settlement and traditional.. 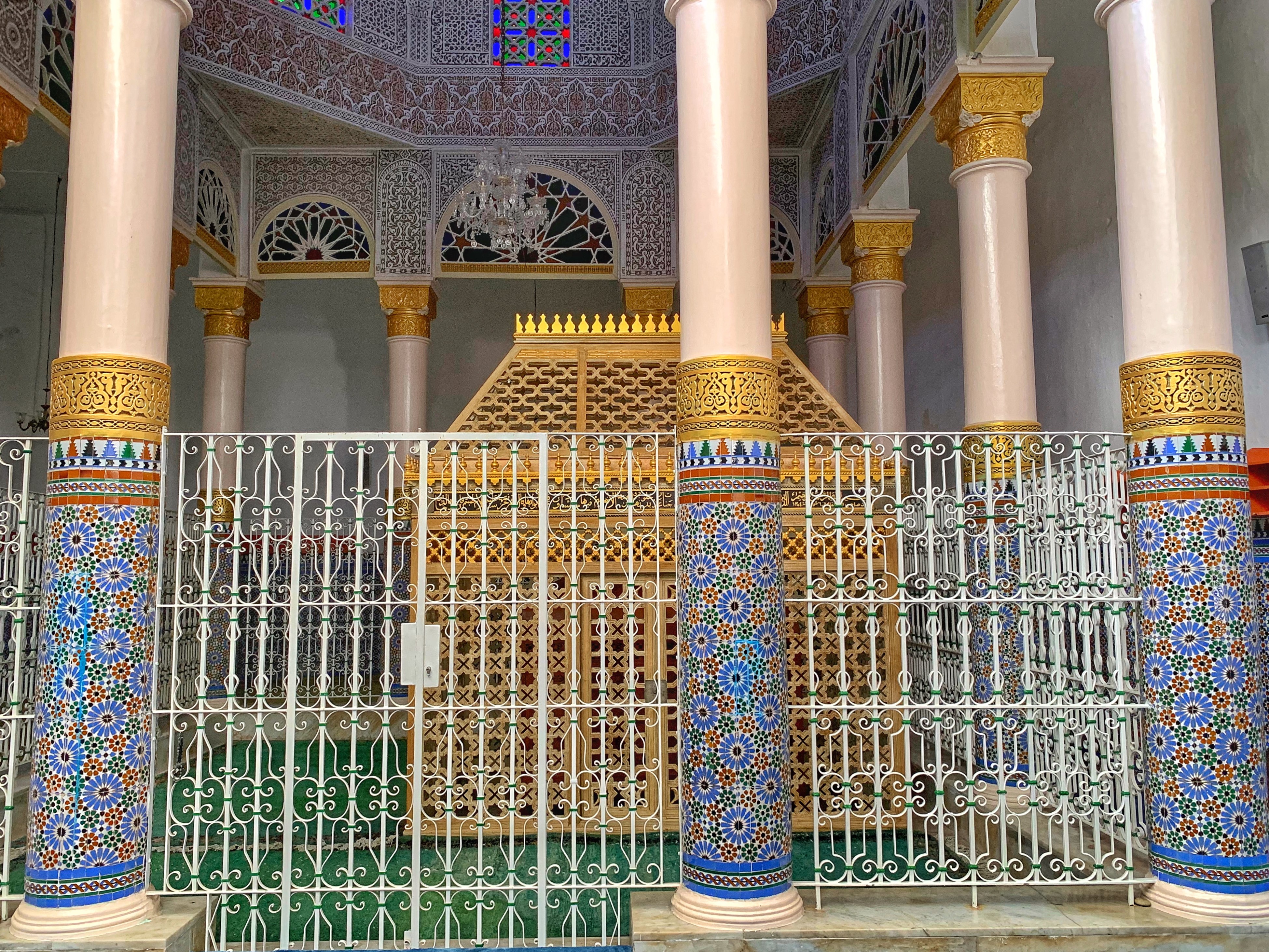